Hello! I'm Sebastian, a software engineer with experience in smaller and larger Android projects. Also experienced with creating games for other systems, applications for PCs and Web development. For more details, see Things I can do and Recent work.

Things I can do

A companion app for your Spotify podcasts

Podify for Spotify provides you tools to organize your followed podcasts in a simple and clear way and helps you to find the next episode you want to listen to.

In the scope of a multisensory experiment

Development of a virtual experiment setup in Unity, which was used to explore the role of haptic stimulation in Virtual Reality. The implementation features self developed gesture algorithms surrounding the used datagloves to detect if the participant is grabbing, throwing, pushing or placing objects (single handed and two handed). Based on the interactions in the VR, various types of haptic feedback is provided through the datagloves. 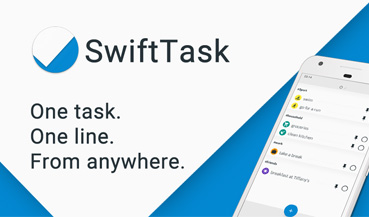 Add your tasks with all their characteristics like categories, dates and locations in only one line.

The simple input concept not only allows users to add their tasks much faster, but also from Android's notification center without even leaving their current app. 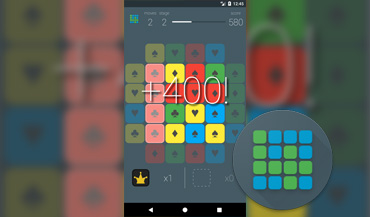 A puzzle game for Android

Fill the 4x4 grid with the same kind of tiles to win the game.

Create combinations of tiles to score whilst trying to reach the goal. Combinations consist of 4 tiles with colors and suits each. The better the combination, the higher your score. But watch out, you have to reach the next stage before you run out of moves!

For more technical details, feel free to look through the App's source code. 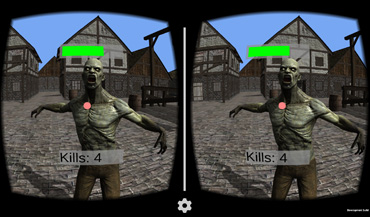 A demo project for the Android platform. Created in Unity3D with Google Cardboard support.

I created this game and application as a part of my bachelor thesis. It is used to show different concepts of multiplayer interactions between a VR-device and a common smartphone- or tablet-device. It includes a small Zombie-shooter and a panorama-view.

There's a link to some more screenshots below, to which it is referred to in the Features:

The (german) thesis for further infos and features is available below. 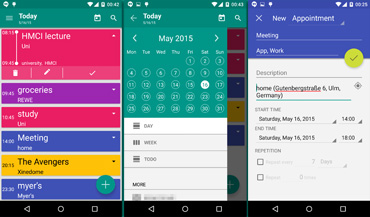 This is a small selection of UX i made at Timekeeper. It should be noted that these (fully functioning) Activities have been created, when Material design was just approaching and there was no full support by Google at that time. 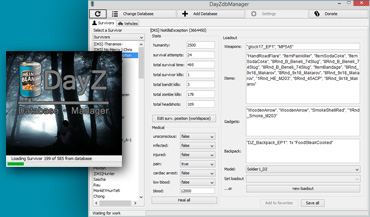 I hosted a server for the DayZ-game back in 2013. Because there were no tools to manage the database of the game-server, I started to develop my own in Java. In the end I've got a lightweight database-manager with a clean User-Interface.

DayZdbManager is a simple Java-Application, developed with a Swing-GUI. It connects to a standard MySQL-server, which holds player data as JSON-objects. 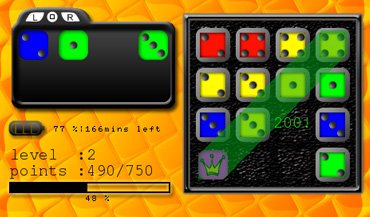 Sony didn't allow any Third-Party-Applications on their mobile gaming platform. However, some people developed own open operating systems for which the applications where called Homebrews. One created a Lua-Player-Homebrew, which allowed me to build a puzzle game, written in Lua script.

This was my very first bigger project in which I was challenged with the system's limitations: A 222MHz Processor and 32MB RAM. In the end, I got a popular puzzle game with online-highscores and even different supported game-themes. Watch a video of the game below - produced by the dashhacks-website.